I’ve heard people gossip about someone doing things in an improper way, but then those people often don’t see what they are doing themselves.

This was not the first time that police fined me. I always feel fear when I see traffic police along the road. Whenever I see them I feel like I am shaking, without any reason to be scared of them. I’ve asked some of my friends and they also feel the same way.

On Saturday afternoon, I left from my work. I’m not really busy after work, so I just wanted to explore a new road that I’ve never taken.

Midday, under the strong sunshine, it was too hot for me and everyone. People were waiting at the traffic light, complaining about the weather and the crowded road, sweating and smelling the pollution from vehicles.

The green light told people to continue, and the sound of horns pressured me from behind. I started to increase my speed.

After about two minutes I needed to turn left. Suddenly, police appeared in front of me. They stopped me and asked me to get off my motorbike.

I was shocked, because I really didn’t know what I had done wrong.

The traffic police told me I could not turn left onto that road. At that moment I saw the sign: “NO LEFT TURN.”

OK. I was wrong. I didn’t say anything.

The police officer told me what I needed to do and pay. He said: “I’m fining you 25,000 riel ($6.25), but you need to pay at the police station with your motorbike registration card and identity card.”

He asked me to stay close to him and said, “If you don’t want to go there and pay the full price, we can discuss with each other and you can pay me here.”

I replied: “I want to pay the full price and get the ticket, but I have only my identity card. Is it possible to pay here?”

He said: “No we cannot do that to you. But you can pay me a lower price than you will pay at the police station.”

I felt like I was bargaining at the market. I still disagreed about paying him and asked to pay at the police station. Immediately, his face changed.

I think he was mad at me that I didn’t do what he wanted. The reason was because he needed to drive me to the police station, a 10-minute drive from there.

I got there, and then I needed to go back to my house to get my motorbike registration card.

I called a PassApp. And the policeman who brought me there also needed to go back to the place where he fined me. So I called him to go with me by PassApp. This time I brought him to his place. When other police officers saw, they were surprised by me.

The problem was solved after I got my motorbike registration card from home and went back to the police station to pay them in the proper way.

I am appreciative for the lesson. Be honest and practice everything that needs changing in society. 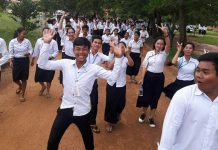 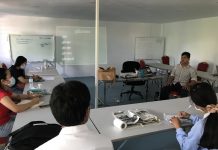