The number of casualties from landmines and other explosive remnants of war dropped to just 19 cases in the first four months of the year, a 60 percent decrease compared to the same period a year ago.

Dara Seng, deputy director of public relations at the Cambodian Mine Action and Victim Assistance Authority (CMAA), said casualties had fallen from 47 in January to April 2019 to 19 this year, but four people had still been killed during the first four months of 2020.

This year’s 19 casualties include seven victims of landmines and 12 who were killed or injured by other explosive remnants of war (ERW). This resulted in four deaths, six amputations and nine other injuries, Seng added.

Ny Nhar, CMAA’s deputy director of victim assistance, said there were 11 demining operators currently working in the country, an increase of two from last year. The increase was intended to speed up mine clearance and release more land for the community, as well as help reduce threats and the number of accidents, he said.

The landmines and explosive remnants were a legacy of war and internal conflict, Nhar said.

“The northwest provinces including Battambang, Banteay Meanchey and Pailin were severely contaminated by landmines, and ERW and cluster bombs [contaminated] eastern provinces such as Kratie, Kampong Cham and Tbong Khmum,” Nhar said. The explosives were scattered across the country largely during the armed conflicts of the 1970s and 1980s.

In the last 20 years, hundreds of millions of dollars have been spent in clearing the country’s landmines.

In February, Prime Minister Hun Sen reaffirmed his commitment to clear all known landmine contaminated areas in Cambodia by 2025. Hun Sen said Cambodia needs about $377 million to clear the remaining landmines, cluster munitions and explosive remnants of war over an area of 806 square kilometers. 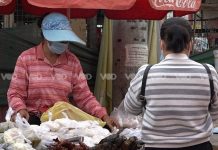 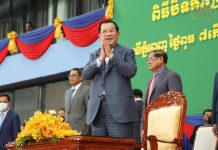 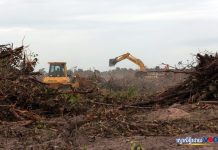 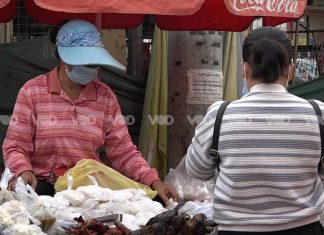 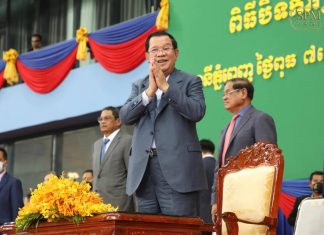 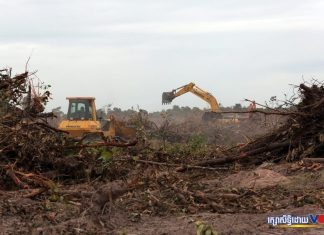